CloseButton Text
Thank you!
We look forward to being in touch.
Oops, something went wrong. Please try again or email us directly:
info@gridopolis.games 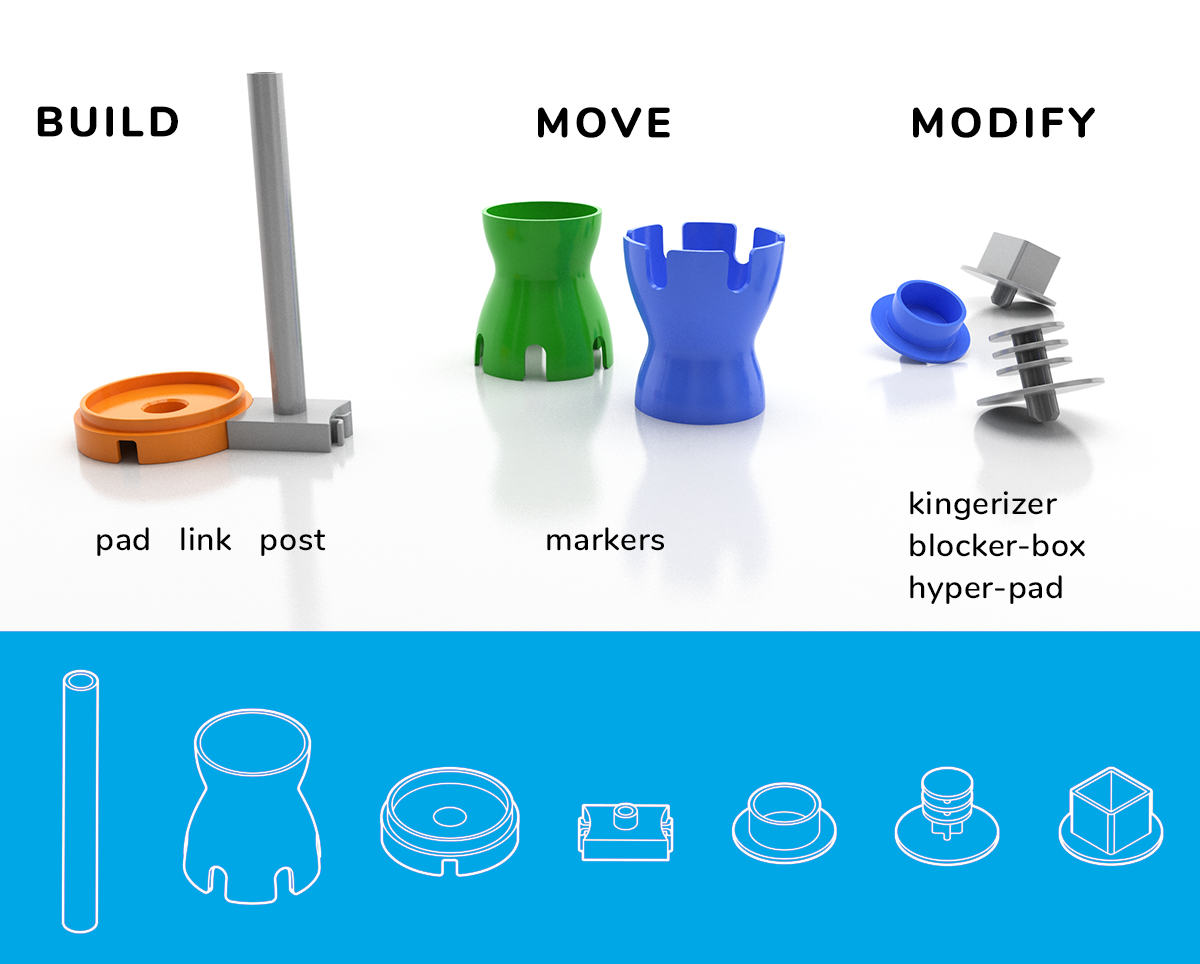 SANTA MONICA, CA — The first crowdfunding campaign for Gridopolis Games – a 30-day Kickstarter which concluded on August 22 – was a success, having raised over $19,000 with 287 individual project backers. This funding amount surpassed the $15,000 target required for the tooling and manufacturing of the multiplayer 3D strategy game and flexible system.

"After nearly three years of design, development, testing, and outreach, we are extremely pleased with the results our first-ever Kickstarter campaign,” said Gridopolis creator Dave Schultze. "We greatly appreciate our initial set of almost 300 backers who have officially helped to bring my passion project to life."

The crowdfunding campaign followed a successful first-edition production run of 500 game boxes. “We wanted to be absolutely sure this was a great idea before launching it on Kickstarter,” Schultze said. “The dozens of rave reviews from avid gamers, families and STEM educators demonstrated we were ready for a successful campaign, and the results proved as much.”

Gridopolis received a wide array of media coverage during the 30-day crowdfunding period, as well as an appearance on Live with Kelly and Ryan, thanks to Chris 'The Toy Guy' Byrne. The top city represented by backer number was Los Angeles, followed by San Francisco, Dallas and Minneapolis. Gridopolis also received backing from multiple countries, including Canada, Germany, Singapore and Japan.

Gridopolis incorporates rules from games you likely already know, such as checkers, chess and even tic-tac-toe. Gridopolis is for ages 8 and up, and even younger kids who can play chess or checkers. As a multiplayer game, Gridopolis is also great for families — children, parents, and grandparents can all play together. Among many glowing reviews, Gridopolis has been dubbed “... a modular 3D game that can be understood in seconds and studied for a lifetime.”

Gridopolis will soon be available for pre-order on the Gridopolis Games online shop. Sign up for free to receive alerts and updates regarding opportunities to pre-order as well as promos and additional news.

‍Gridopolis Games is an innovative game-design laboratory founded by Dave Schultze to break the mold of traditional board games by challenging gamers to think creatively and strategically in three dimensions. Schultze has a degree in Architecture, an Architect’s License, and a Masters of Industrial Design from the prestigious ArtCenter College of Art + Design in Pasadena, CA. Dave maintains his commitment to education by being a LinkedIn Learning / Lynda.com author and by teaching a weekly class in 3D Visualization at OTIS College of Art + Design in Los Angeles, CA.

Sign up to be alerted whenever new or cool things are happening ... or about to happen. Your information will not be used for any other purpose, so stop worrying about it already.