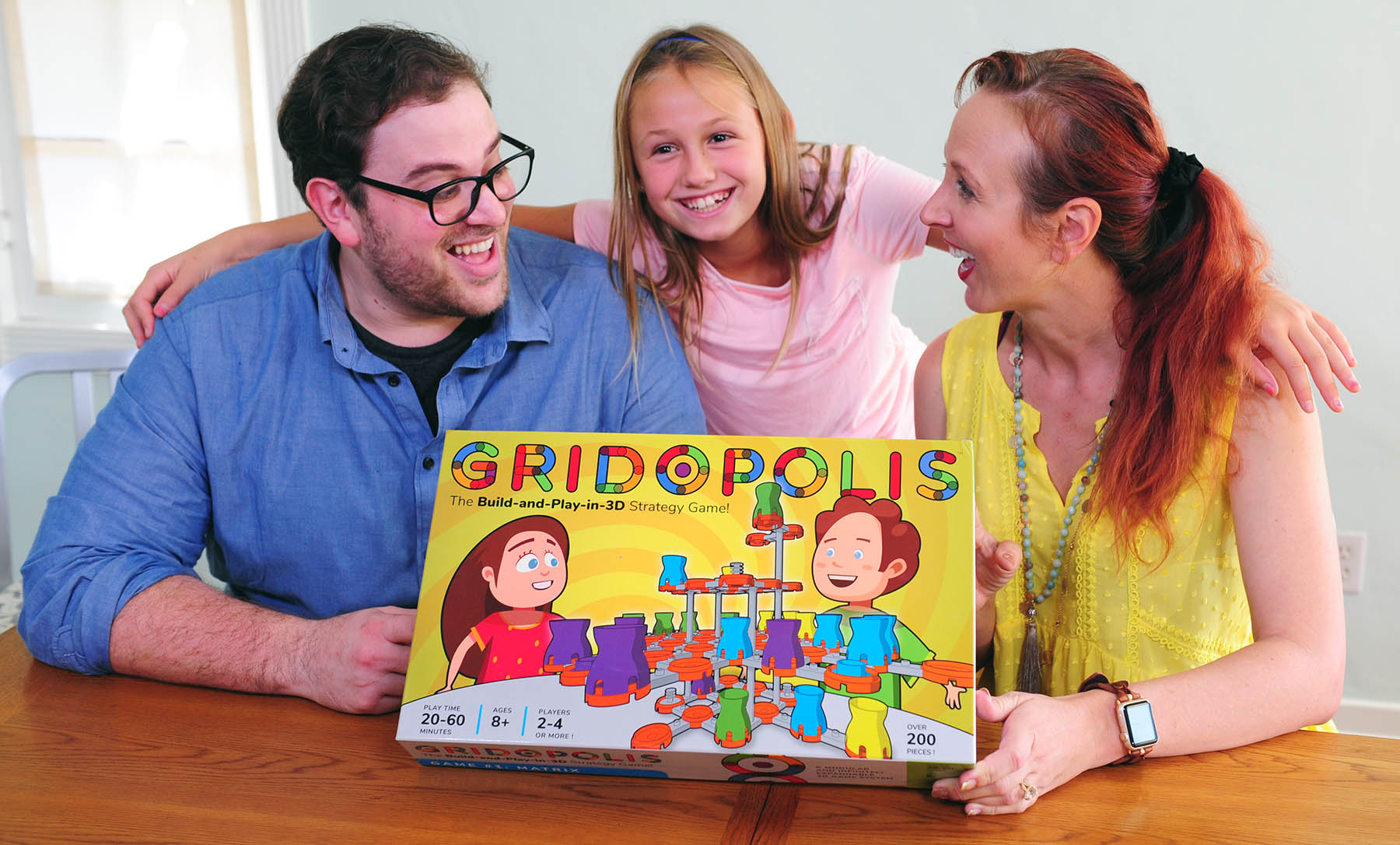 Gridopolis is a Game AND a System

There are several games ready to play and all use our patented Game•DNA.
This simple assortment of parts are used to build an endless variety of 3D playing arenas called grid-sets.
12-page Instructions1-page QuickStart

Matrix uses an ingenious blend of rules you already know. Borrowed from checkers, chess, and even tic-tac-toe, you’ll pick it up in no time.

How do I play?

Win by being the last player standing – or play a timed game with points. You decide!

Each player gets 10 grid-set pieces to use during the game. Use these at any time to dynamically change the grid-set during a game. How much? It’s up to you!

You can always move one pad away, whether its forwards, sideways, up, down, or diagonal to another level. This rule also applies when jumping. The only requirement -- for pawns -- is they cannot go backwards, which is towards their starting home-row.

This rule does NOT apply when a pawn takes a hyper-pad. When your molecules are getting disassembled and beamed through solid matter, the direction they travel is not that big a deal.
Q: Can I jump someone from above or below?
A: Yes. Yes! The whole idea is to move -- and jump -- in 3D!

As long as your jump makes a straight line, the move is legal. A straight line is defined by three points in a row: the marker starting pad, the opponent being jumped, and the pad where you land.

If you are moving a pawn, then you know the 'I can't go backwards' rule from the last question.
Q: Can you move back and forth - in the same two spots - repeatedly?
A: In general (and usually) you cannot. You are not allowed to exactly reverse the very last move made. If you wait one turn, then it is OK.

Early in the game, this may be a perfectly logical thing to do, so it's OK. Later in the game, it's probably a way to avoid making a bad move, so it's not OK.

This is one of those rules that falls under the 'whatever everyone agrees to do is OK' category. Also, if no one catches you or says anything, then you are always fine. Pay attention, people!