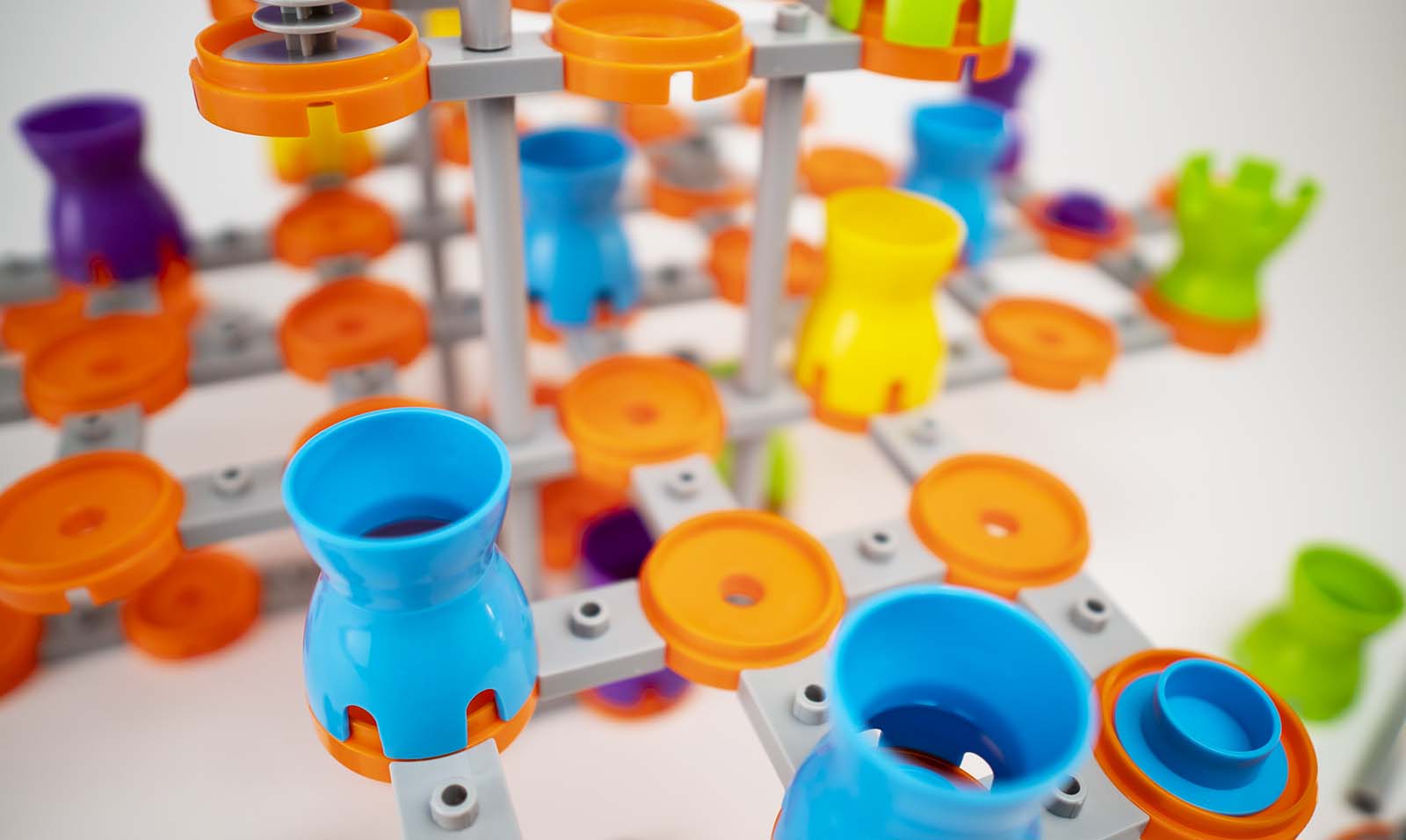 Submit Your Ideas for New Games

You can't do this with any other 'bored' game!

Your original game design is now ready for the experimenting & testing phase. If your game were a theory, this process is known as the scientific method.

Are you ready for this? Gridopolis is the first game ever that is also a game system. The system lets you get creative and make your own original game!

Start out with a simple set of parts, called 'Game•DNA,' and get creative! Design and and build your own playing arena called a grid-set. Experiment. Break rules.

No mixing of chemicals required. Play your new game with friends and see what works ... and what needs more work. Find a problem? Tweak and repeat.

Use our RuleBook CookBook to guide design of your game mechanics and rules. When done, you have all of the ingredients for a new game that has never existed before.

Use the three basic building blocks - the pad, the link, and the post - to design any 3D grid-set you like. Some games work fine in 2D, but most will be WAY cooler if you reach for the sky and build vertically.
‍
Does your grid-set have sections that don't connect? No problem! Use the hyper-pads to get around.
‍

How Do You Win?

In Matrix, you can play two ways: be the last one standing (no time limit) or collect the most points (usually with a time limit).

In games where you don't capture anyone, you might have a race to the finish line. Decide if its one marker, some markers, or all of the markers.

How Do You Move?

How Do You Capture?

Maybe you don't capture them at all! In Chinese Checkers, you jump over opponents and try to win a race to the opposite side. Pick a method that works with the grid-set you designed.

Game designs can be hard to comunicate, so make sure you can fully describe how your game works.

First, follow the Cookbook steps listed above and document the basics. Then, take photos of the starting state, mid-way through a game, and the end when someone has won. Finally, test out your instructions with someone new. If they get stuck on a rule, fix that part and test again.

To submit, send us the text and photos in one email message. Join the Grid!